An “In Memoriam” is a simple, effective, dignified way of informing friends and associates that certain days are ones of special and deep meaning to you.

In memoriam is a Latin phrase equivalent to “in memory (of)”, referring to remembering or honouring a deceased person. 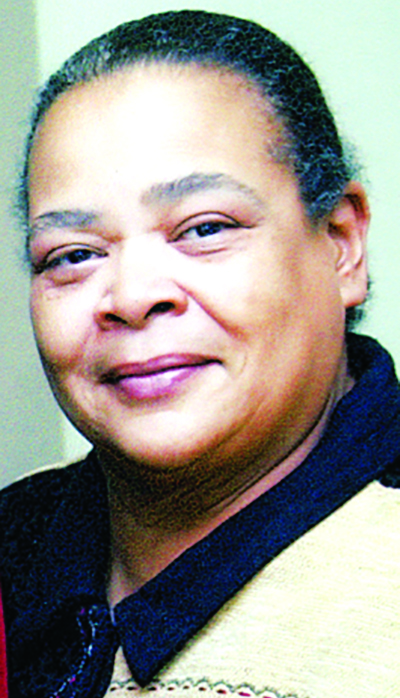 Donna Faye Stewart died at the Timberlake Care Center on Saturday, April 11, after a brief bout with pancreatic cancer. She was 65.

Ms. Stewart was born to William Vernell Stewart and Geraldine Settles Stewart on February 12, 1955. Both parents proceeded her in death.

She attended Milton Moore Elementary School, Central Junior High School and graduated from Central High School in May, 1973. She served on the yearbook committee as the editor.

Ms. Stewart attended Lincoln University in Jefferson City, Mo., where she graduated with a Bachelor’s degree in Journalism.

She began working at The Kansas City CALL newspaper in May 1977 immediately after graduating and worked there faithfully and diligently until her health began to fail in January, 2020.

She was a very kind and giving person who loved to laugh and believed in giving people a second and maybe even a third chance.

She was the protege of Ms. Lucile Bluford, long-time editor of THE CALL, who hired her as a reporter. Ms. Stewart worked her way up to Managing Editor, Publisher and owner of the paper and Ms. Bluford’s death. she took care of Ms. Bluford the last few years of her life.

She genuinely loved the community and the newspaper and dedicated her life to both.

She mentored dozens of young people who have gone on to be quite successful. She believed wholeheartedly that young people and creativity were the future of the media and THE CALL.

She is survived by a sister Gloria Joseph, and a brother Alan Stewart both of KCMO.; several nieces and nephews, cousins and great-nieces and nephews and cousins THE CALL staff and a host friends.